The Coalition for Cannabis Policy, Education, and Regulation's (CPEAR) mission is to advance a comprehensive federal regulatory framework for cannabis. The coalition consists of members representing regulated industries, academics, think tanks, public safety officials, medical and mental health professionals, financial services firms, and social equity organizations, all of whom are developing policy and building a national conversation on the federal regulation of cannabis. Together this coalition strives to be a trusted, science-driven resource for lawmakers and the larger stakeholder community as we collaborate to develop responsible policies that provide access to cannabis while protecting consumers and patients, barring underage use, upholding public health and safety, and promoting equity. 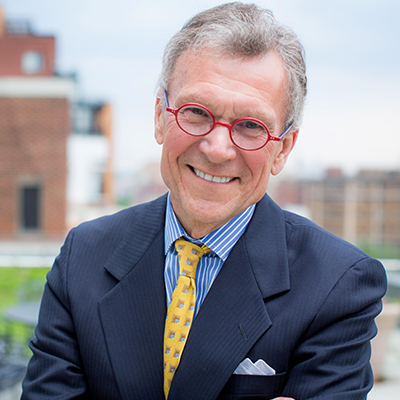 Co-Chair Thomas Daschle:
Senator Daschle is the Founder and CEO of The Daschle Group, A Public Policy Advisory of Baker Donelson. Senator Daschle served his home state, South Dakota, in the U.S. House of Representatives from 1979 until 1987 and in the U.S. Senate from 1987 to 2005. He is one of only two Senators to have served twice as both Majority and Minority Leader.

In addition, Senator Daschle is Chair of the Board of Directors at the Center for American Progress, Vice-Chair for the National Democratic Institute and a co-founder of the Bipartisan Policy Center. He is the author of Like No Other Time: The 107th Congress and the Two Years That Changed America Forever; Critical: What We Can Do About the Health-Care Crisis; Getting It Done: How Obama and Congress Finally Broke the Stalemate to Make Way for Health Care Reform and U.S. Senate: Fundamentals of American Government. He has co-authored his most recent book, Crisis Point, with former Senator Trent Lott. His colleagues elected him twice to lead the National Republican Congressional Committee, the national campaign arm of the U.S. House GOP. Under his leadership, House Republicans attained their most significant back-to-back majorities in congressional history.

Before his election to Congress, Walden served eight years in the Oregon House and Senate, where his state House GOP colleagues twice elected him Majority Leader. He is a graduate of the University of Oregon School of Journalism. In April of 2022, Forbes Magazine named Freedman one of the five most influential voices in cannabis policy on a list also featuring Snoop Dogg, Charles Koch, and several U.S. senators and representatives. Freedman holds a J.D. from Harvard Law School and a B.A. from Tufts University. Senior Advisor Shanita Penny:
Shanita Penny is a supply chain and business strategist, small business advocate and entrepreneur with over 18 years of experience helping world class companies and startups solve complex issues and improve business performance across multiple industries. In 2015, she rebranded her consulting business to Budding Solutions, a boutique cannabis business strategy and public policy consultancy. Shanita is a past president of the Minority Cannabis Business Association (MCBA) and has provided testimony on equitable cannabis policy in several cities and states and testified before the U.S. House of Representatives’ Small Business Committee regarding the role of small businesses in the cannabis industry.

CPEAR’s Center of Excellence is comprised of leaders throughout the United States who are experts on a broad array of issues that will be affected by federal cannabis legalization. The Center of Excellence works to analyze the effect cannabis legalization would have on these policy areas and the ways in which they should be integrated into a national regulatory framework.

Membership in the Center of Excellence by an individual issue expert does not denote endorsement by any organization. Support for cannabis legalization is not a requirement for Center of Excellence members, and neither the Center as a whole nor individual members will be expected to endorse cannabis legalization in general or support particular policy solutions.